Private Tours Saxon Villages - History takes us back in the 12th century, when the Saxons - people of German ethnicity - were brought in Transylvania...

mainly for protecting the border of the Hungarian Kingdom against the Ottomans.
The Saxons had the largest influence in developing this part of Transylvania. The kings of Hungary offered them both religious and administrative autonomy, but also some obligations to the Kingdom.
Churches played a very important role in their lives and due to the very turbulent times, they needed to find a good way to protect themselves against invaders. So they started to create all the churches, most with fortified walls, which were the largest and tallest buildings in the community. The reason for having the fortified walls was mainly to make the church a shelter/fortress, which was easy accessible for all the Saxons of the village in case of an invasion. The fortified walls were usually built sometime after the initial church, related mostly to the financial and economic power of the village, but were part of the initial plan when choosing the place where the whole construction would be. They placed the fortified churches mainly on hills so it would offer them an extra, big advantage against the invaders. 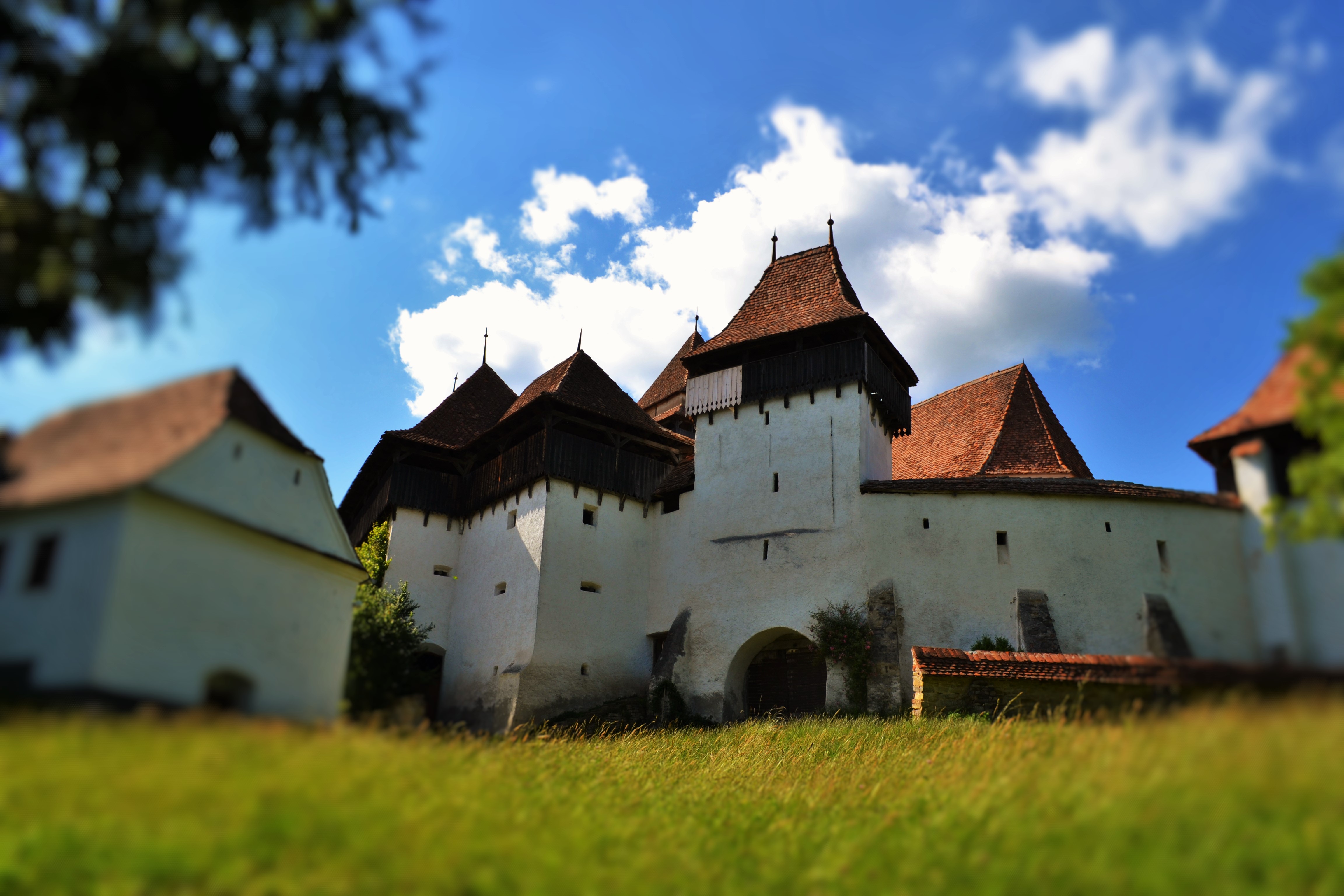 Saxons were Catholics until the 16th century when most of them converted to the new religion created by Martin Luther during the Protestant Reformation, and very few remained Catholics. The person who brought the Martin Luther believes to Transylvania was Johannes Honterus.
The population of Saxons was around 200 000 at the end of 19th Century, then the highest level was in 1930’s to over 700 000 after the Great Union Day for Romania on 1st December 1918. After the second world war, when Romania signed a peace treaty with the Soviets in 1944 a lot of the Saxons were arrested by the Soviet Army and sent to Labor Camps over the borders of Romania to Ukraine, based on the accusation of cooperation with Germany.
After second world war and currently, the German (and previously West German) government offered Saxons German citizenship, a fact that made so many Saxons emigrate out of Romania, especially in the last decade of Communism and right after the fall of Communist Bloc in 1989 in Romania.
The massive emigration left behind in Transylvania only a hand of Saxons, mostly older people, under 40,000 in total in 2011, who tried to take good care of churches and their heritage. Except for some fortified churches, most of them started to fall into ruins, and eventually a few of them even collapsed. Some of the Saxons’ abandoned homes were taken over by gypsy families who started to be more and more part of the Saxon Villages nowadays.
Though, the Saxon Villages and especially Romania was lucky to have some real Saxons still living in these centuries-old villages who realized the dwindling of Saxon population and the imminent but real danger of this over 800 years old Saxons’ history to simply vanish away. 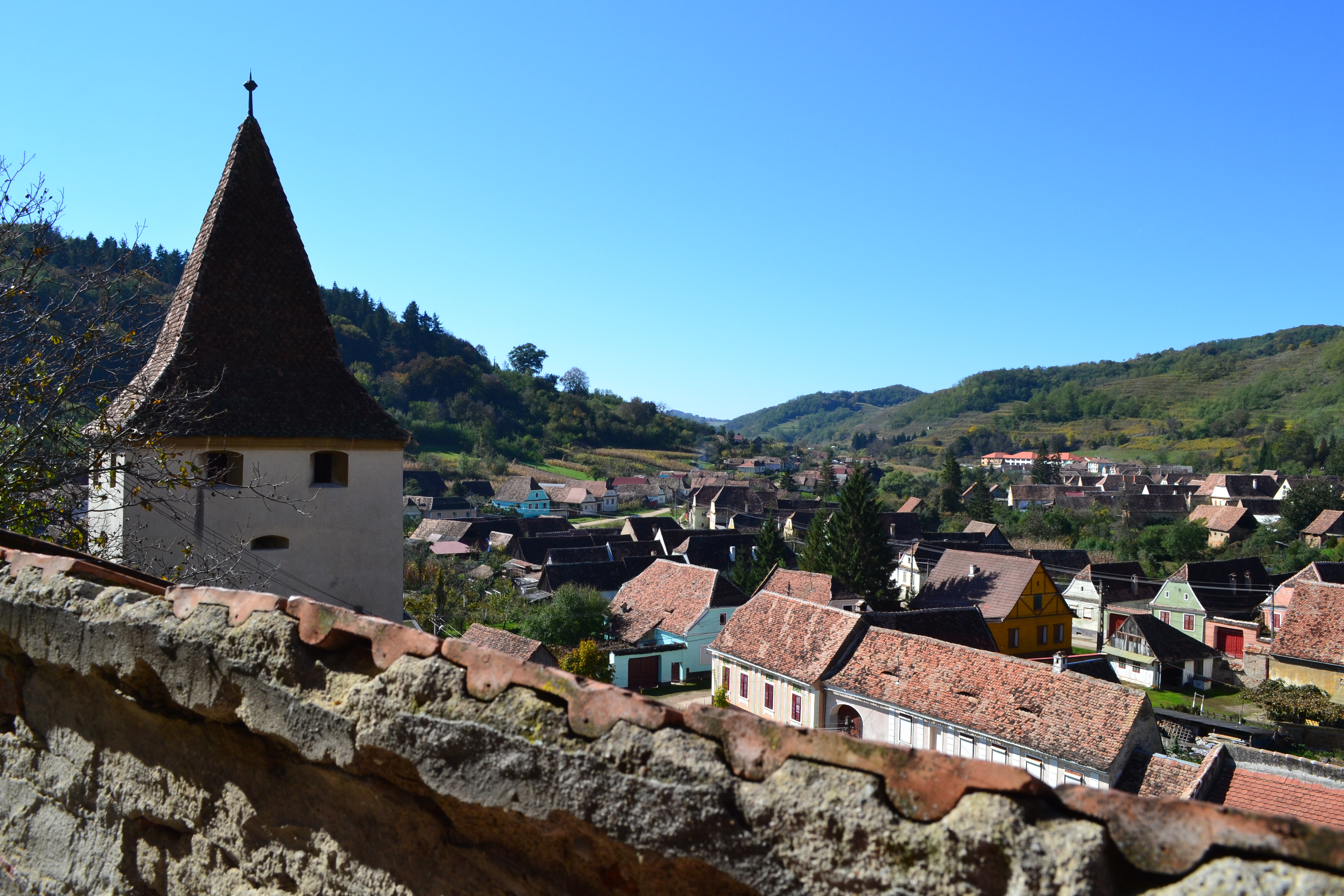 The Romanian people, including the Government, were simply not aware of this so rich inheritance Romania has, the Saxon Villages and their Fortified Churches.
Some foundations, like probably the most famous - Mihai Eminescu Trust – have started several projects for conserving the Saxons’ patrimony and regeneration of the Saxon Villages, trying especially to offer the still existing Saxons reasons to not leave their villages and eventually making them tourist attractions as well.
A big help to the Mihai Eminescu Trust was offered by Charles, Prince of Wales, who simply fell in love with Transylvania and its Saxon Villages after his first visit in 1998. He eventually started to patronize the Trust until June 2015 when he has launched his own Foundation, being probably now the greatest real Ambassador of Romania in the world.

The Mihai Eminescu Trust and now the Charles Prince of Wales’ foundation have started to restore several sites including the Fortified Churches in some Saxon Villages together with some of the Saxons’ homes. The most important and recent projects involve different skills meant to be brought back to the communities of the Saxon Villages – traditions kept mostly for centuries which almost disappeared. The Romanian government had a role in the restorations of the Fortified Churches of the Saxon Villages as well, but they can always do more.
An important role was also played by UNESCO which included in its World Heritage List, 7 Fortified Churches out of over 150 still existing.
Now, we could say the still existing Saxon population in Transylvania and actually all the Romanian population have a good reason to believe the over 800 years old history will continue to be preserved like it deserves to be.