Voronet Monastery - the Sistine Chapel of the East

Voronet monastery is probably the most famous painted monastery in Bucovina and very often called the Sistine Chapel of the East due to the beautiful frescoes and the unique blue color still very present. Moldovita and Sucevita monasteries are also among the top 3 most visited painted monasteries.

The private tours to Voronet, Moldovita and Sucevita monasteries are offered by “I Travel in Romania” as tours dedicated to the painted monasteries of Bucovina, which are probably among the most cultural touristic attractions in Romania.  Especially in the past, it was very often the case when you asked a foreign tourist what was the first thing he/she heard about Romania and the answer was “the painted monasteries of Bucovina”.

The painted monasteries are located in the region of Bucovina, which is part of Moldova region (not to be confused with the country Republic of Moldova) – located in north east Romania.

The monasteries have an over 500 year history, when their exterior walls were painted with frescoes from 15th and 16th century representing the story in the Bible. The frescoes are works of Byzantine and Moldavian art which miracle survived over 500 snowy winters and rainy autumns, but also have witnessed so many wars and a lot of pollution in recent years.

The painted monasteries are truly considered masterpieces and one of a kind architecture in Europe. Surely the very well picked and elegant colors are still in perfect harmony with the surrounding nature.

Even for the ones not interested especially in religion, history or architecture, the painted monasteries in Bucovina have the power to capture every visitor’s eyes by their uniqueness.

As a sign of recognition for their importance to the culture and history for Romania, the best preserved ones have been included by UNESCO on the World Heritage List. Except Voronet, Moldovita and Sucevita another 5 painted monasteries were included in UNESCO as well, namely:  Humor, Patrauti, Probota, Suceava, and Arbore.

Looking back in history, in the 15th century Moldova region had Stephan the Great the only ruler for nearly half a century (1457 – 1505) and most of the painted monasteries started to be built in those times. His son Petru Rares followed (ruler between 1527- 1538, then 1541-1546) and during these times the exterior of the monasteries started to be painted with the frescoes.

The legend says that Stephan the Great was victorious in 46 out of the 48 battles he had, most of them against the Ottoman Empire and after each battle won he had one monastery to be built. Also a lot of the monasteries have inside frescoes with Stephan the Great together with his family handing the church to God.

The private tours to the painted monasteries of Bucovina, especially to Voronet monastery will surely offer you a great experience, first because they are unique in the world with their outside frescoes.  The monasteries are still very lively since nuns or monks still continue the Orthodox traditions in every of this painted monastery.

I invite you to check the private tours that will take you to the magical land of Bucovina including especially the visit to Voronet monastery. 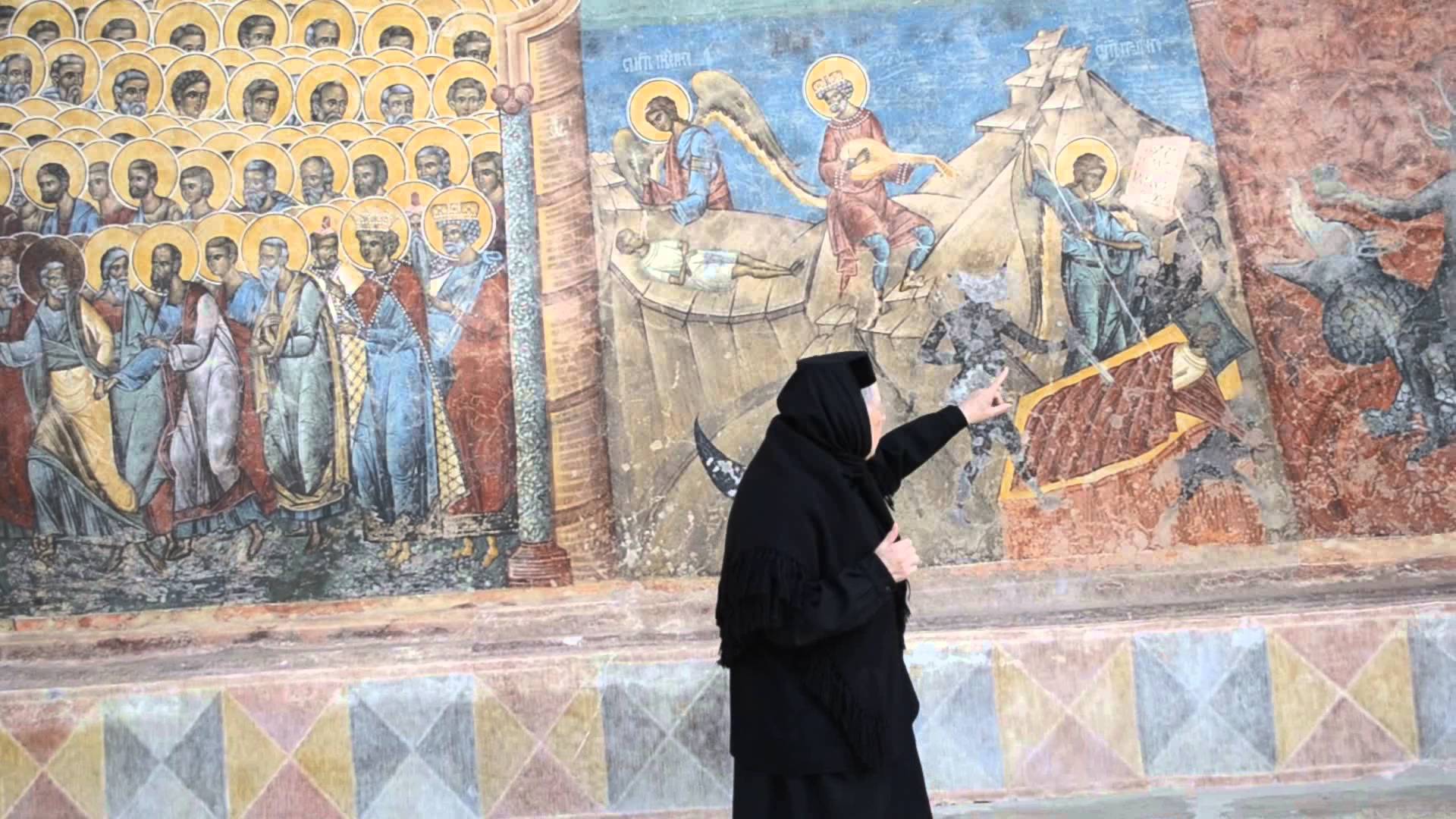