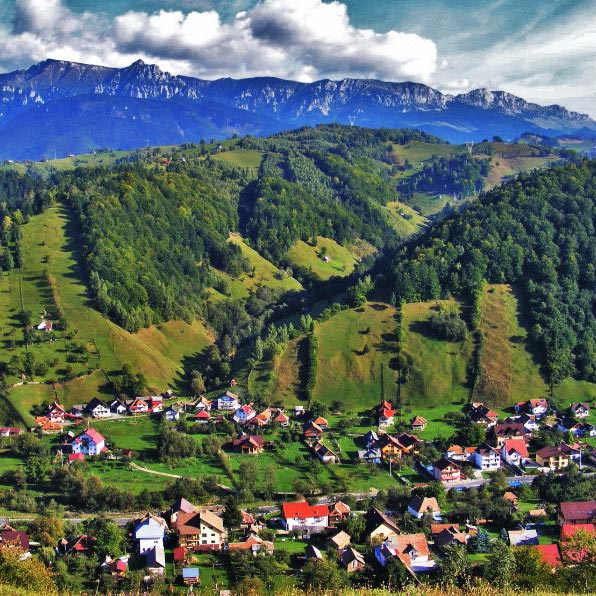 Places to visit in Romania . An overview of the best picks for Private Tours in Romania with our company... See more!

Places to visit in Romania - best picks for Private Tours with our company, I Travel in Romania

I don't think even the Romanian people realize how varied and beautiful Romania really is. I am happy to be among the ones who have visited a very large part of it but there is always something more to discover.

For a tourist coming to Romania it is always a tough job to make an itinerary, simply because Romania has so much to offer. I think a decent period of time needed for a Private Tour in Romania and visit it at peace, would be at least 8-10 days, but even a Private Tour for 2-3 weeks will not cover all Romania.
I will try to make it easier for you as a tourist and suggest to you the "Places to visit in Romania - best picks for Private Tours in Romania".
1. Peles Castle in Sinaia - a very popular mountain resort related for a long time to Royal family.  The Royal family built the beautiful Peles Castle as their summer residence and its now one of the most visited castles in Romania all year long. 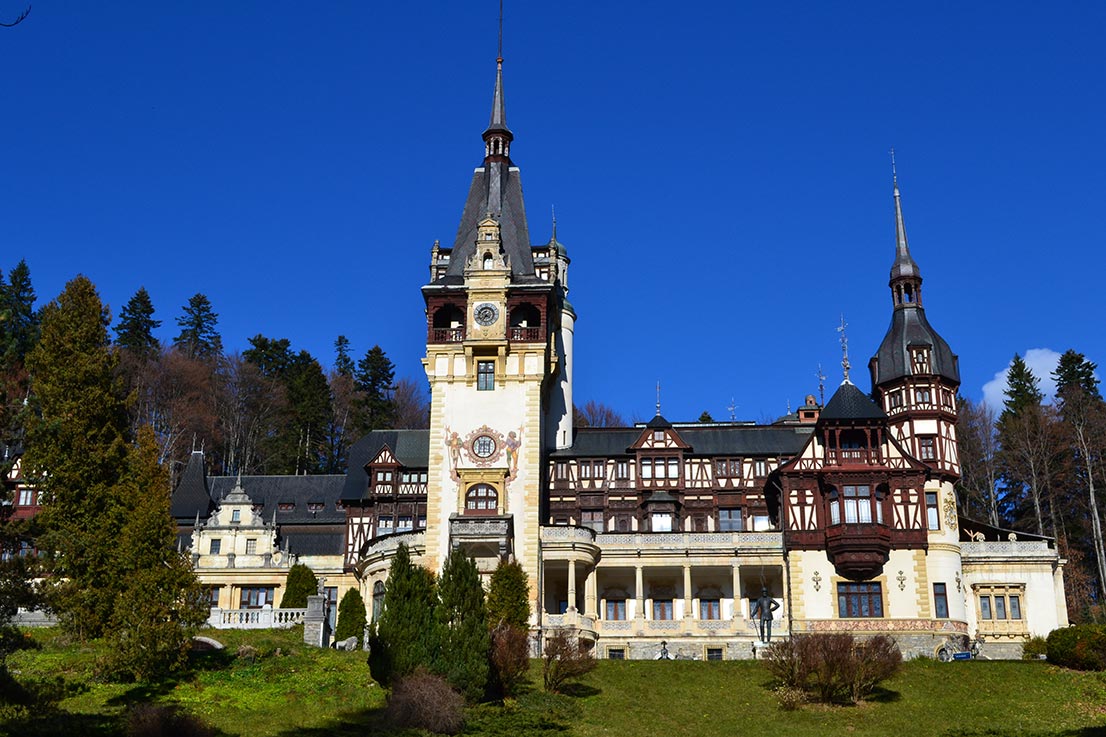 Click here for a Private Tour to Peles Castle
2. Bran Castle (aka Dracula's Castle) - maybe you wonder why it is not first on the list, but I honestly prefer the Peles Castle first. And I would like to hear your impression after you visited the two. The document first attesting Bran Castle's existence dates back to 1377. Bran Castle is most associated with the myth of Dracula’s Castle - linked to the Bram Stoker’s novel, which made it famous all over the world. 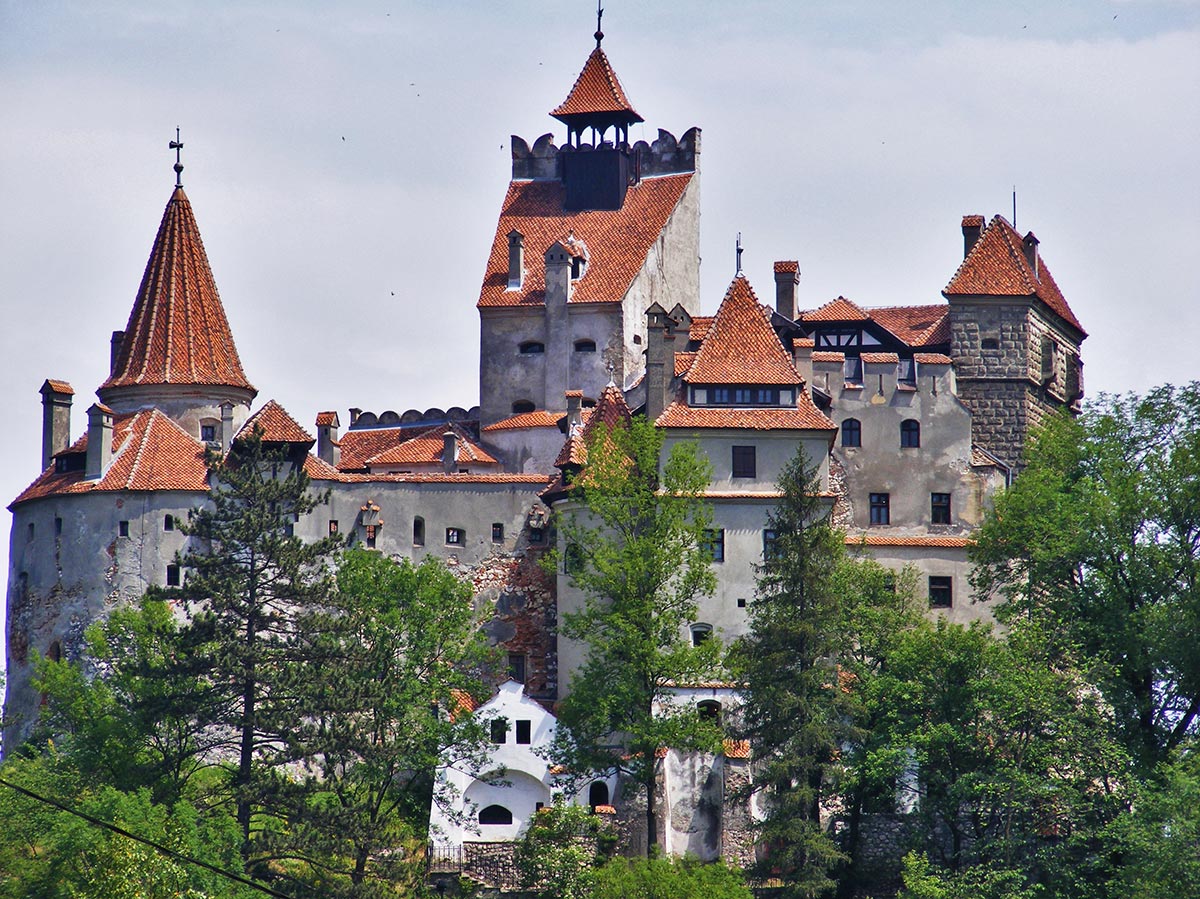 Click here for a Private Tour to Bran Castle
3. Brasov, Sibiu and Sighisoara - the medieval cities of Transylvania - are probably the nicest cities of Romania. All of them are part of a former citadel itself, first established over 700-800 years ago by the Saxons. The cities welcome the visitors with an ancient air still existing in the old city center. 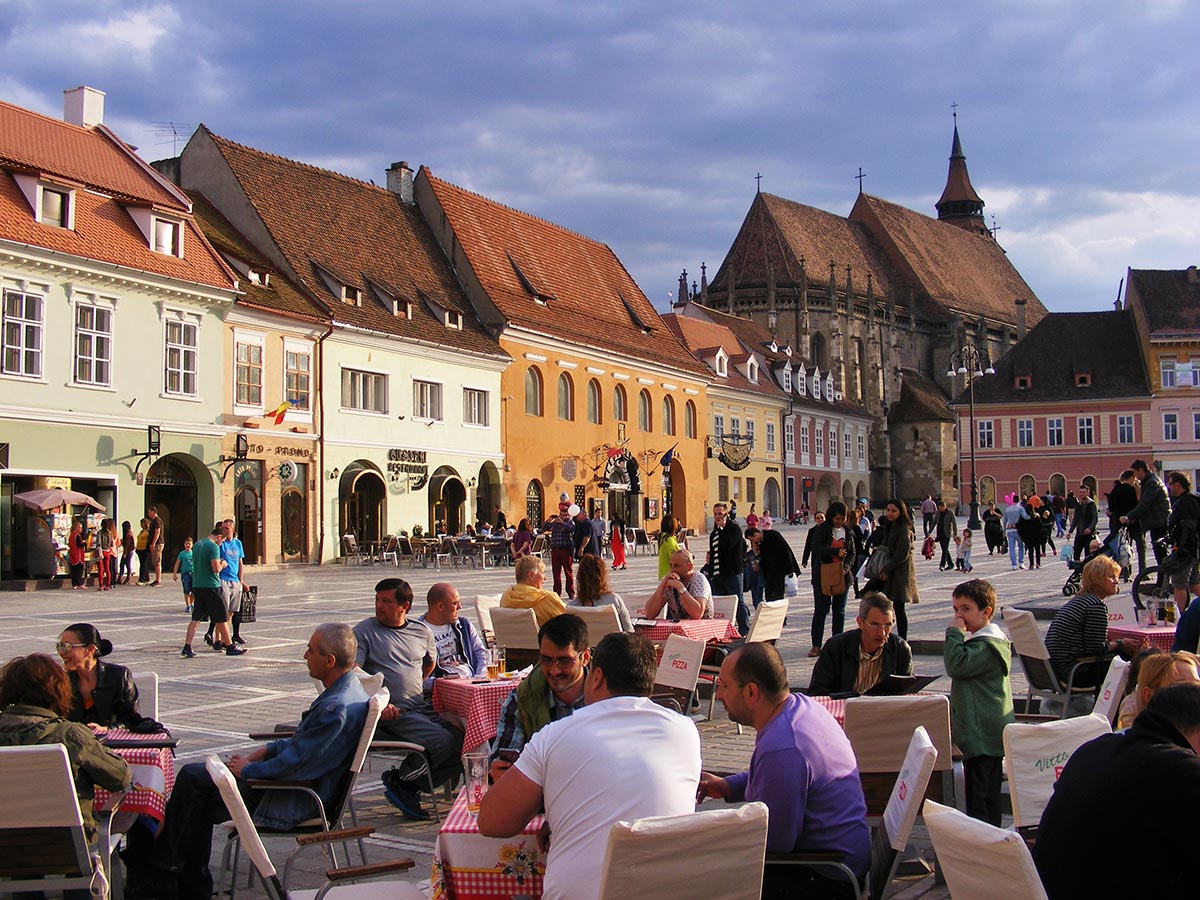 The citadel of Sighisoara is on UNESCO World Heritage list and it is considered one of the best preserved medieval towns in Europe.
In all the three cities' old town you will always find relaxed people enjoying great food and drinks at terraces, restaurants, pubs, etc. 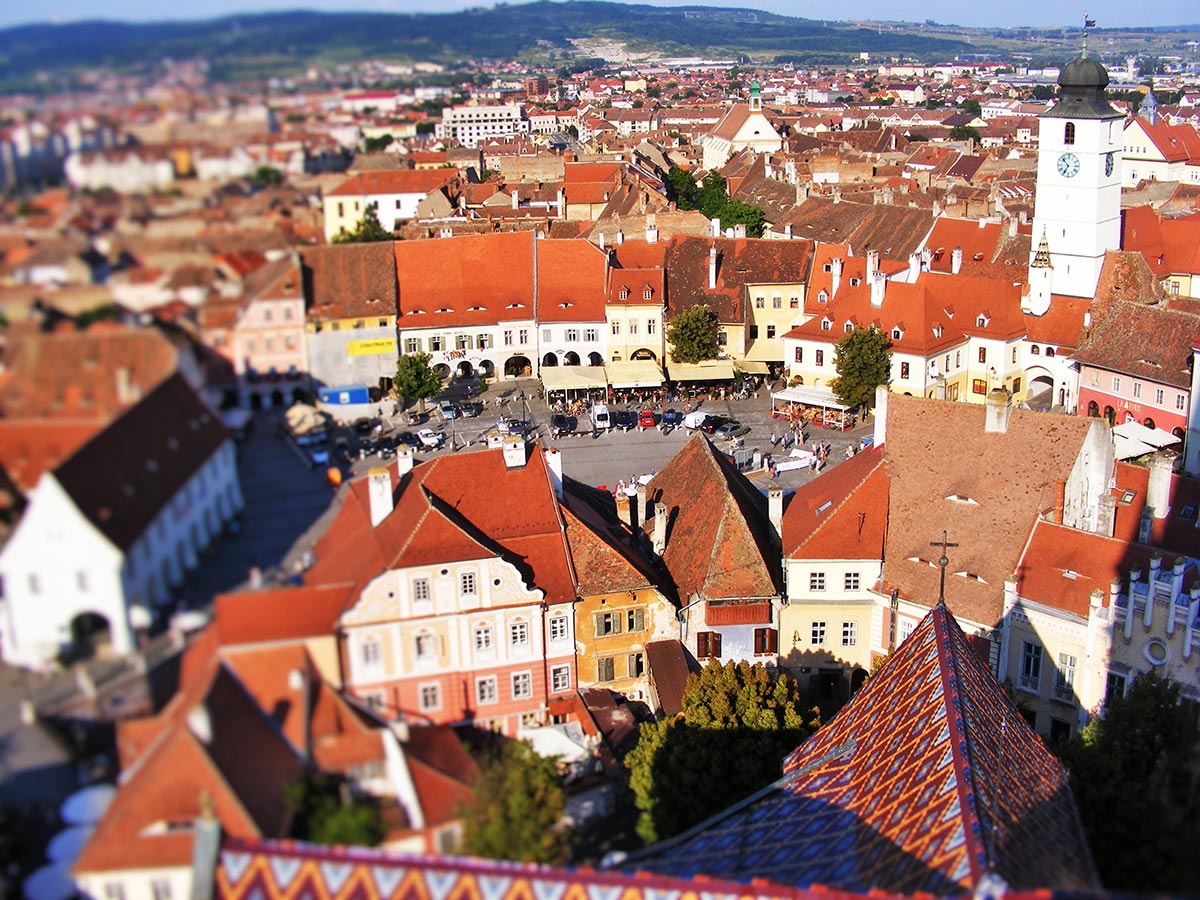 Click here for a Private Tour to medieval cities of Brasov, Sibiu and Sighisoara
4. The Saxon Villages in Transylvania and their fortified churches are surely a must for Romania. Viscri  - with its fortified church in UNESCO - is probably the most famous now, especially for having Prince Charles of Wales - the biggest ambassador of Romania abroad - owning an old traditional Saxon house and locating its own foundation in this village. Another 6 Saxon Villages with their fortified churches are included in the UNESCO World Heritage list, namely Biertan, Calnic, Darjiu, Prejmer, Saschiz and Valea Viilor. 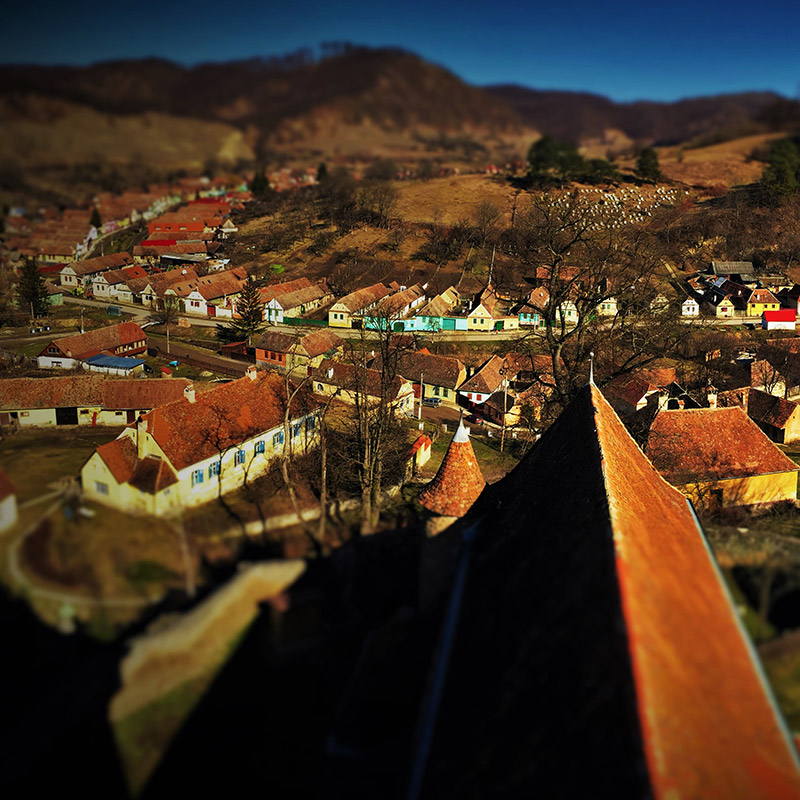 Click here for a Private Tour to Saxon Villages in Transylvania
5. Bucharest - the capital of Romania. A city of contrasts, it combines the old and very new, was once called "Little Paris". In the same part of the city you can come across a centuries old building, a communist block of flats and a skyscraper of nowadays. You shouldn’t miss the House of Parliament - second largest building in the world, and also the Old Town area. 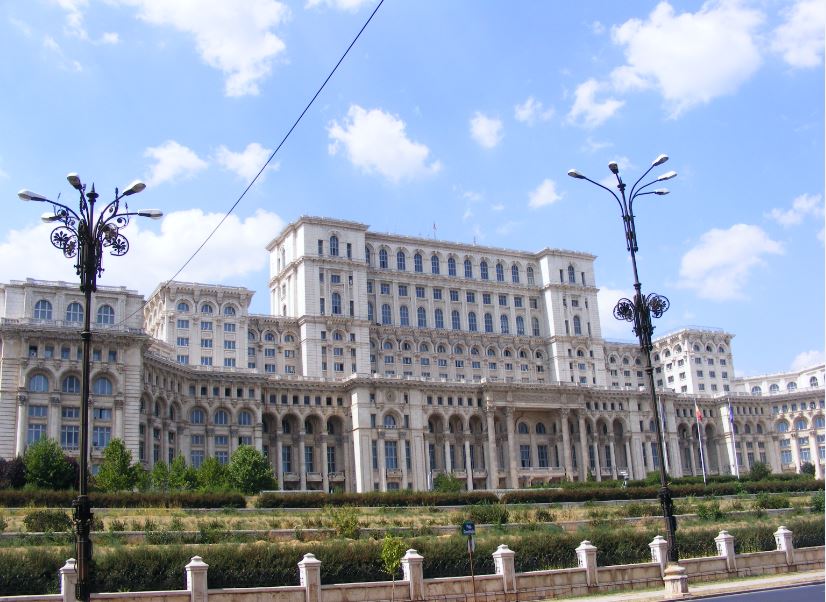 Click here for a Private Tour in Bucharest
6. Maramures region - with its 8 Wooden Churches namely Budesti, Desesti, Ieud, Poienile Izei, Barsana, Rogoz, Plopis, Surdesti included in UNESCO World Heritage list. Maramures is that part of Romania where traditions are still best preserved. It might be one of the best-kept secrets of Europe for the ones searching for authentic experiences. Also you can find here the only Steam Train for tourists still operating, Mocanita. 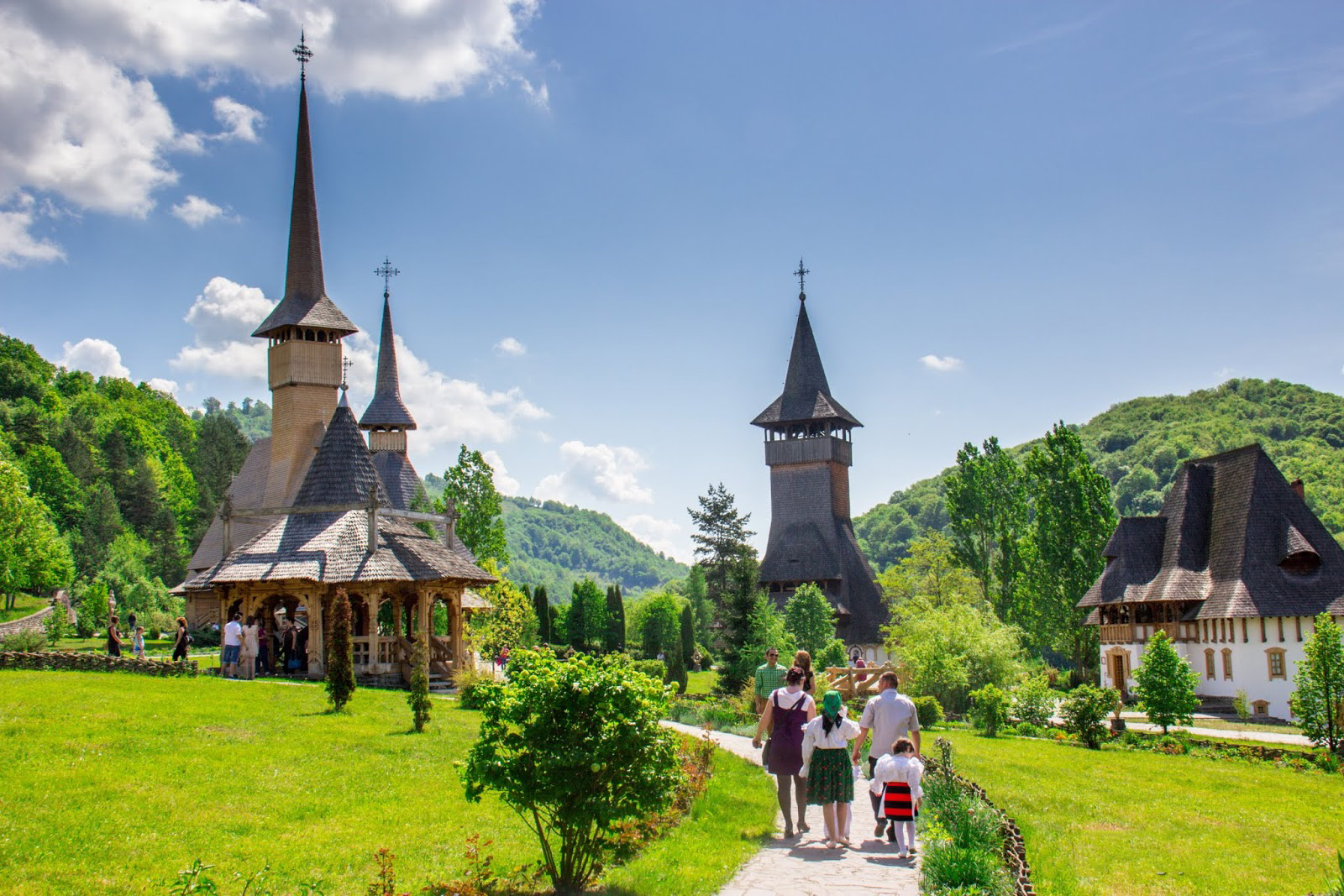 Click here for a Private Tour to Maramures region
7. Bucovina region - with its 8 Painted Monasteries namely Arbore, Humor, Moldovita, Patrauti, Probota, Suceava, Voronet and Sucevita included in UNESCO World Heritage list. It is probably the most peaceful and holy part of Romania, especially due to the so many nuns living every day for centuries in these monasteries. The region is also worth a visit for the unique beauty alone. 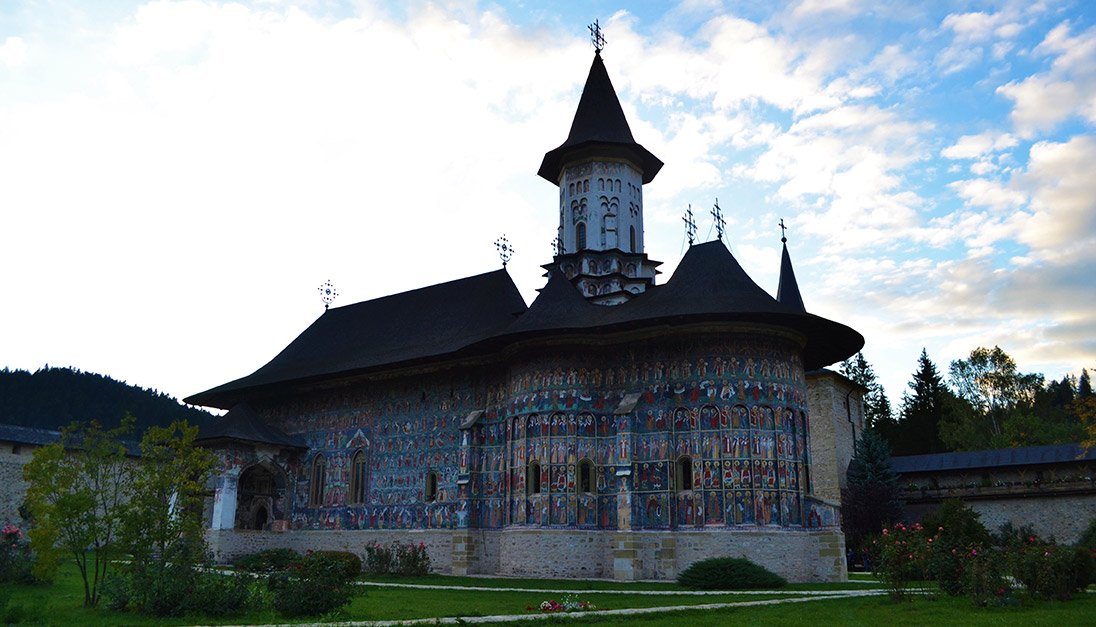 Click here for a Private Tour to Bucovina region
8. Danube Delta – the only natural part of Romania included in UNESCO World Heritage list, is one of the places that must be visited in Romania. Its amazing variety of flora and fauna includes at least 23 natural ecosystems and over 300 species of birds, some coming here starting in spring until autumn from far-away continents like Asia or Africa.

Click here for a Private Tour in Danube Delta
9. The Transfagarasan road is the “best road in the World” according to Jeremy Clarkson from UK Top Gear show.  It was built between 1970-1974 for military reasons, as the will of former communist dictator, Nicolae Ceausescu was for Romania to be prepared in the event of a Soviet Union invasion. It stretches from the city of Pitesti to Sibiu and it runs through some of the highest peaks in the country, at 2034 meters high. 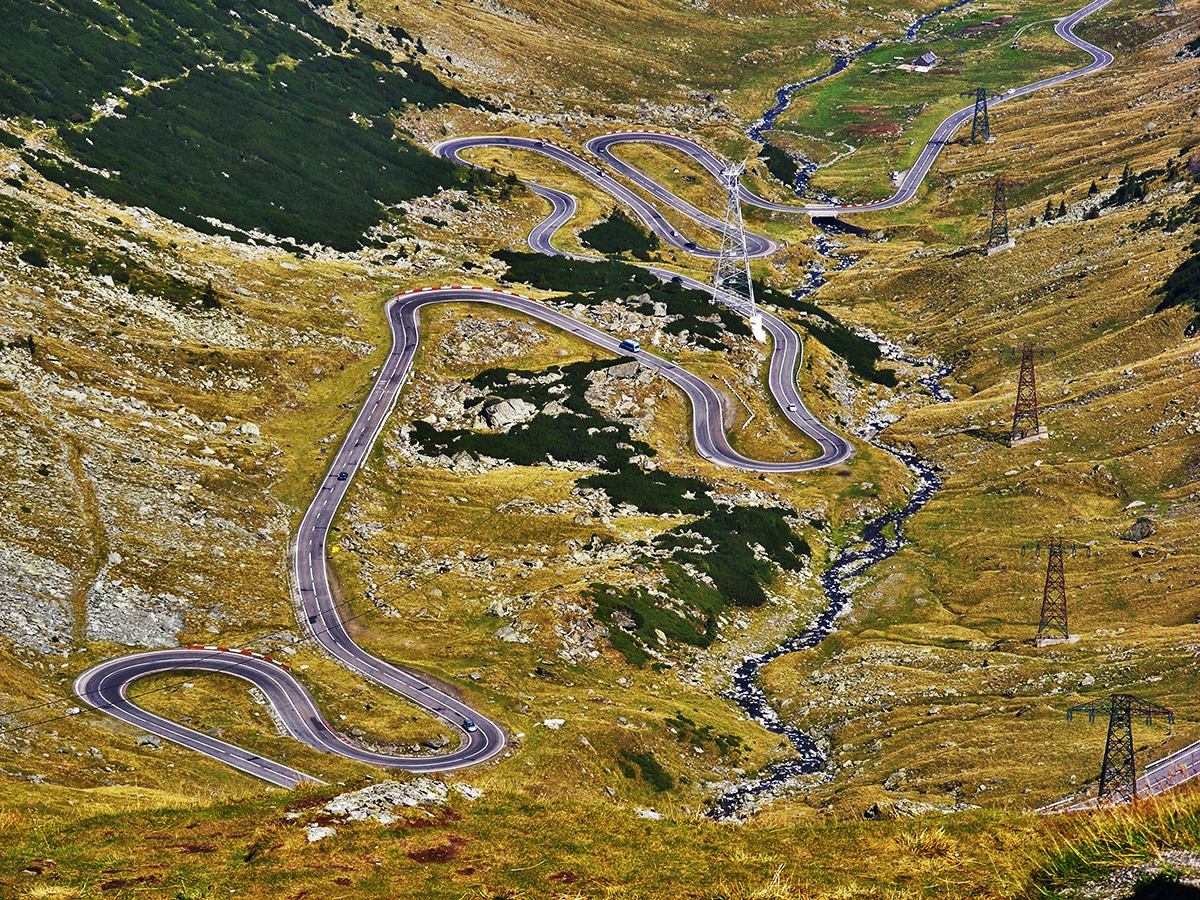 Click here for a Private Tour on Transfagarasan Road
10. Sarmizegetusa Regia and Corvin's Castle are both located near the city of Hunedoara.
Sarmizegetusa Regia is special for the ones loving ancient history. Two millennium ago, it used to be the capital and most important military, religious and political center of Dacians, Romanians’ predecessors. Now it is included in UNESCO World Heritage list.

Corvin’s Castle is one of the largest in Europe with a very imposing Gothic – Renaissance architecture. The castle served as John Hunyadi’s home in 1446, but used for defensive purposes, a reason for receiving multiple towers and fortifications over the time. 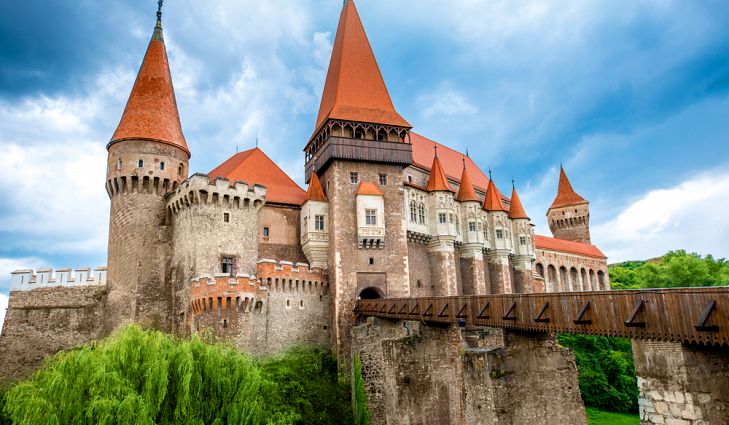 There are certainly more attractions in Romania which are not mentioned here. I invite you to send me an email if you have a particular interest in another attraction/tradition/city/village and I would be happy to answer you with all the information about it.

Please find here also the list of private tours available with my company, I Travel in Romania.

I am looking forward to hearing from you.